Note: This article may feature affiliate links to Amazon or other companies, and purchases made via these links may earn us a small commission at no additional cost to you.

Independence Hall in Philadelphia, Pennsylvania is considered the birthplace of America. The Declaration of Independence and U.S. Constitution were both debated and signed inside this building.

According to the National Parks Service, construction on the building started in 1732. Built to the Pennsylvania State House, the building originally housed all three branches of Pennsylvania’s colonial government. The Pennsylvania legislature loaned their Assembly Room out for the meetings of the Second Continental Congress and later, the Constitutional Convention. Here, George Washington was appointed Commander in Chief of the Continental Army in 1775, the Articles of Confederation were adopted in 1781, and Benjamin Franklin gazed upon the “Rising Sun” chair in 1787. 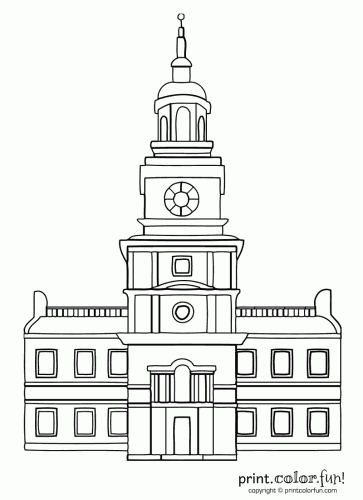